Super absorbers were developed in the 1960′s by the Department of Agriculture as a product to spread over crops to even out the drench-drought cycle. This class of polymers is capable of absorbing up to 400 times their weight in water. This amazing ability to hold liquids in a gel eventually led to their use in baby diapers, plant soil, grass seed and those fun “grow creatures” toys that swell in water. 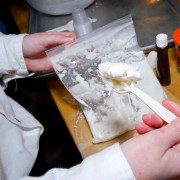 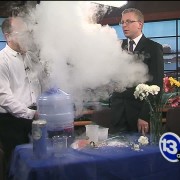 How do antacids work?

Make your own Flubber

Methane Bubbles How do antacids work?
Scroll to top